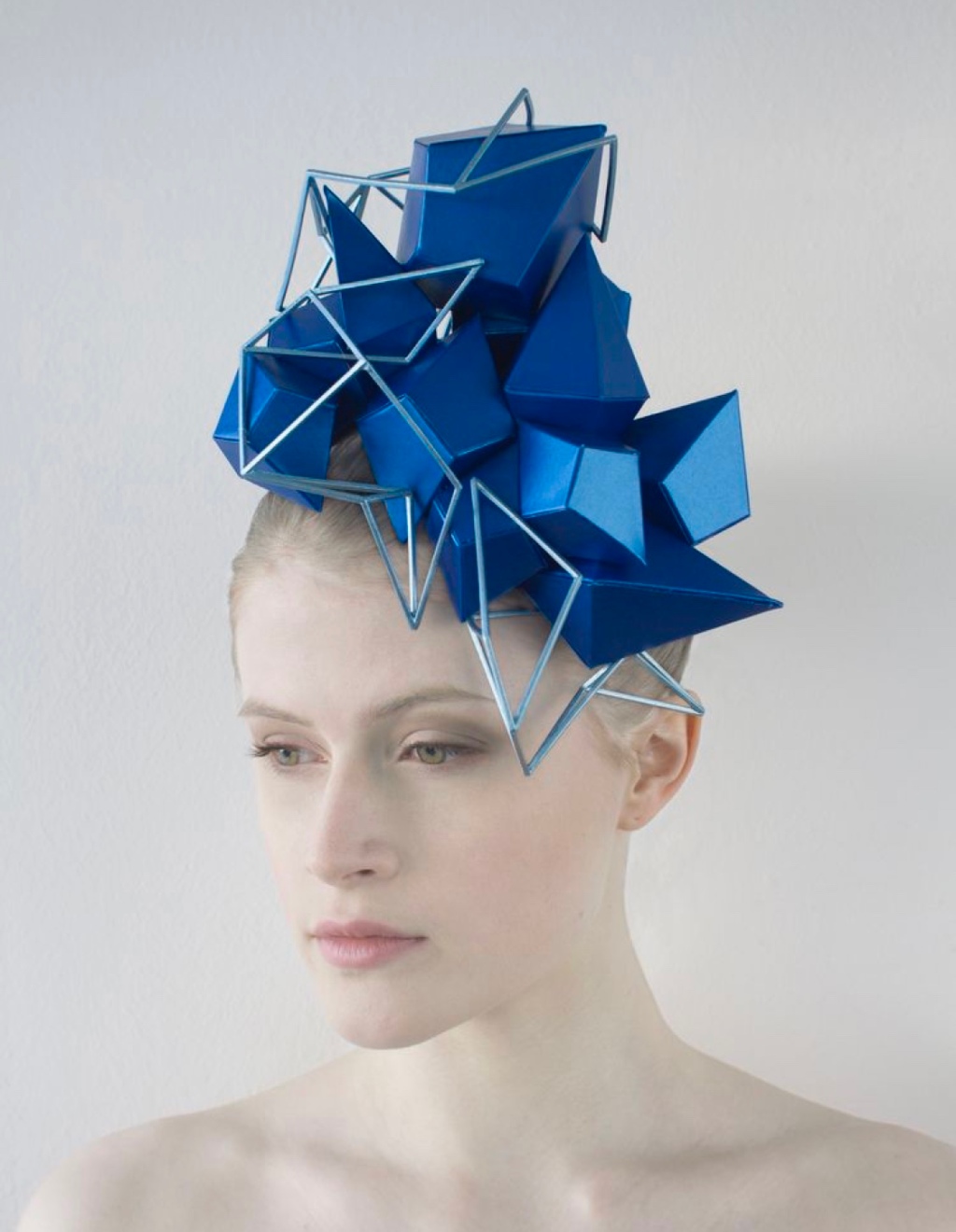 MISASSEMBLED is wearable art built specifically for those who find expression in the infinite variety of geometric forms in the three dimensional world.

Referencing architecture, geometry, and crystal formations, each piece is a complex sculpture expressing a graceful elegance through sharp angles and precise lines.

Created by Berlin-based American artist, Swain McCaughrin, MISASSEMBLED as an art concept was born in New York City in the mid 2000s, when Swain discovered the creative freedom in underground nightlife. Fueled by a fluorescent world of blacklight and music, she began folding paper and vinyl to make large scale, origami-like installations for warehouse parties. With her self-taught sewing and fashion design skills, her installations evolved into sculptural geometric designs to wear, merging art with fashion and movement with sculpture. She continued to expand the idea of wearing sculptures by creating headpieces, jewelry, and body sculptures from wood, paper, and PVC.

MISASSEMBLED as a brand was born in Berlin in 2018, as a way to make Swain’s sculptures more accessible and wearable. By using the latest in 3D-printing technology, she has brought new life into her art as ready-to-wear sculptures made of materials including steel, silver, and brass.

She has shown her work in New York City, Milan, and Paris, and has created wearable pieces for musicians including IAMX, Corlyx, and Demetrius.

The text and pictures are in courtesy of Misassembled.com